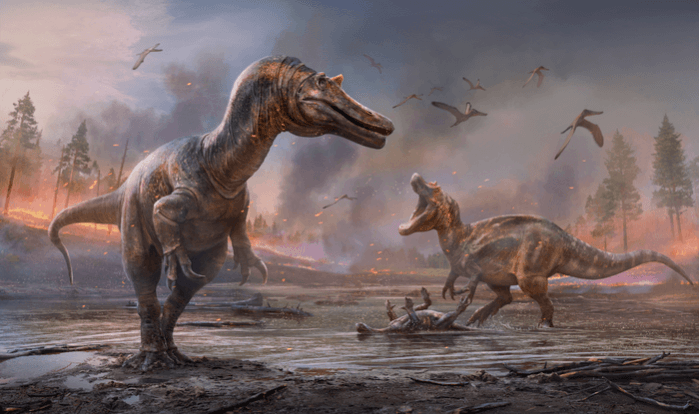 University of Dar es salaam team & German museums experts have discovered a skeleton of a giant Dinosaur lizards dating back to over 150 million years ago at the Tendanguru hill in Lindi region – Tanzania. Dr Agnes Gidna, senior paleontologist at the National Museums, said that we have discovered full bones, full spinal bones, ribes with a lots of leftovers this shows that it is a good sign for the country and I am proud to be a Tanzanian Researcher.
Quick observations indicate that the particular dinosaur was three times larger than an ordinary elephant and could be of the same size as the reconstructed dinosaur displayed in the Germany Museum. In 1905 the other remains were discovered at tendaguru area and placed into German museum in German.