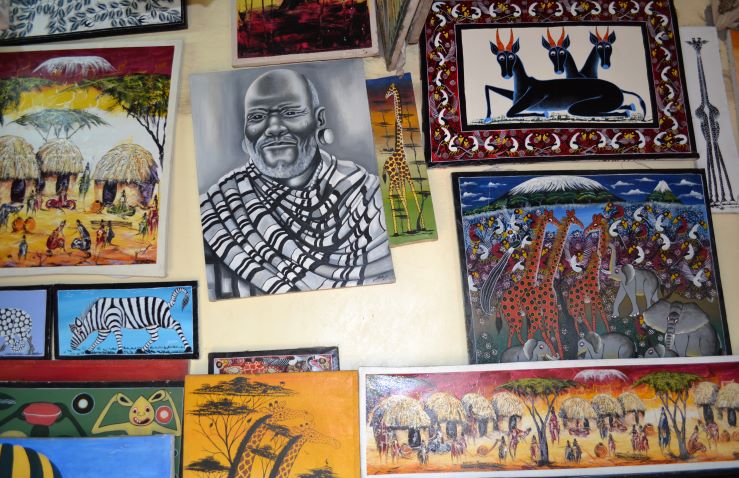 Is a painting style that has its roots in the African traditional art to decorate the hut (house) walls. The paintings were painted by pigments that found in nature, this can been observed in Southern Tanzania. In the second half of the 20th century this art has been popularized through Edward Said Tingatinga and after his death it was when this art called Tingatinga. Currently this art employ number of people in Arusha, Bagamoyo , Coastal Region, Dar es Salaam, Mbeya, Mwanza, Zanzibar, Pemba, Morogoro, Moshi to mention few.