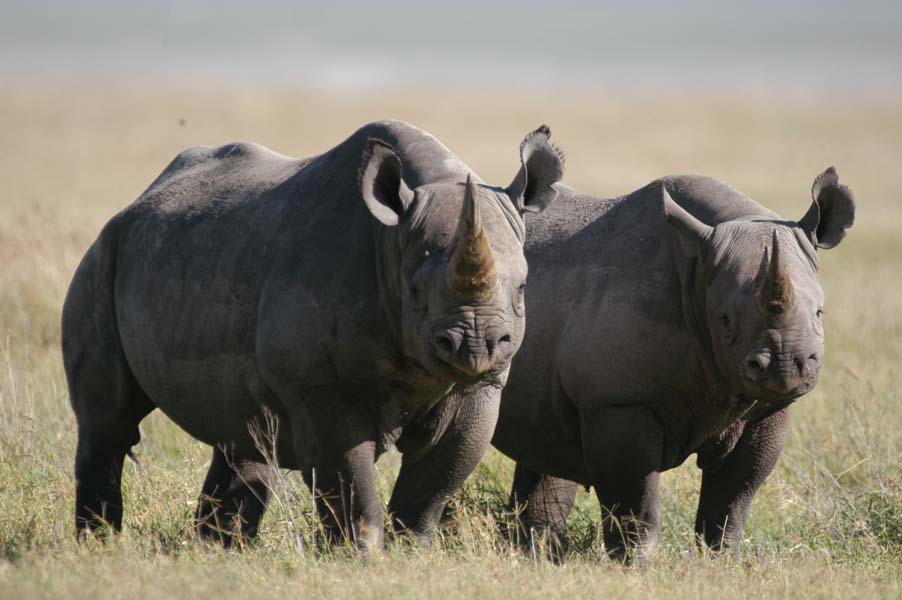 A rhinoceros, commonly abbreviated to rhino, is one of any five extant species of odd-toed ungulates in the family Rhinocerotidae, as well as any of the numerous extinct species therein. Two of the extant species are native to Africa, and three to Southern Asia. Tanzania boast of having the oldest rhino, Vicky (49) after the death of Fausta, which was aged 57 and lived in the Ngorongoro Conservation Area Authority (NCAA).