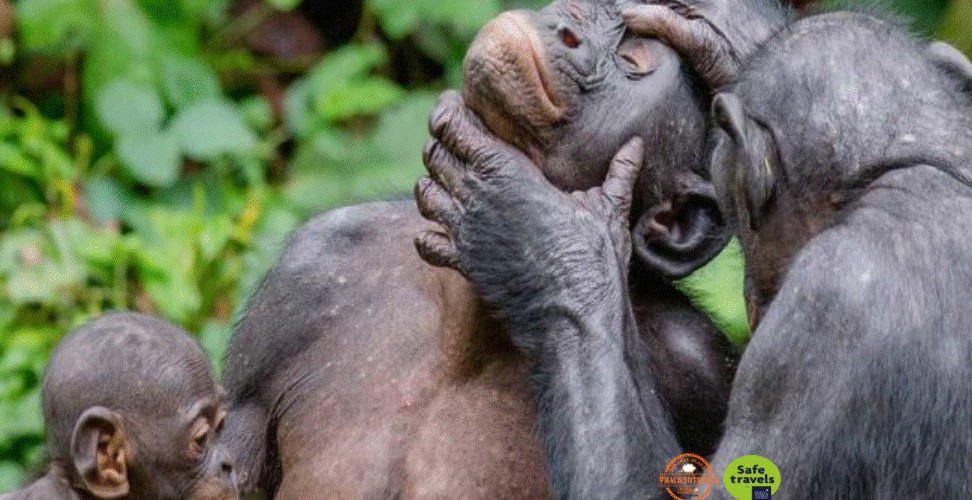 According to Hunt, if you shave a chimp and take a photo of its body from the neck to the waist, “at first glance you wouldn’t really notice that it isn’t human.” The two species’ musculature is extremely similar, but somehow, pound-for-pound, chimps are between two and three times stronger than humans.
Facts about Chimpanzee.
1.DNA (the material that determines how a living thing will look and function) of chimps and humans is 98.5% the same.
2.After humans, chimpanzees are the most intelligent of our planet’s primates. They talk to each other using different gestures, facial expressions and numerous vocalisations, too, such as hoots, grunts and screams.
3.Chimpanzees get around by climbing and swinging through trees and by walking on all fours (knuckle-walking), but they can also walk upright on two feet if they want to.
4.Females will reach reproductive maturity by age 13 and can give birth . Although not seasonal breeders females do have an oestrous cycle, and the number of oestrus females in a group at any one time can vary by season. Similar to human females, chimpanzees come into oestrus about once a month.
Tanzania Is Safe.